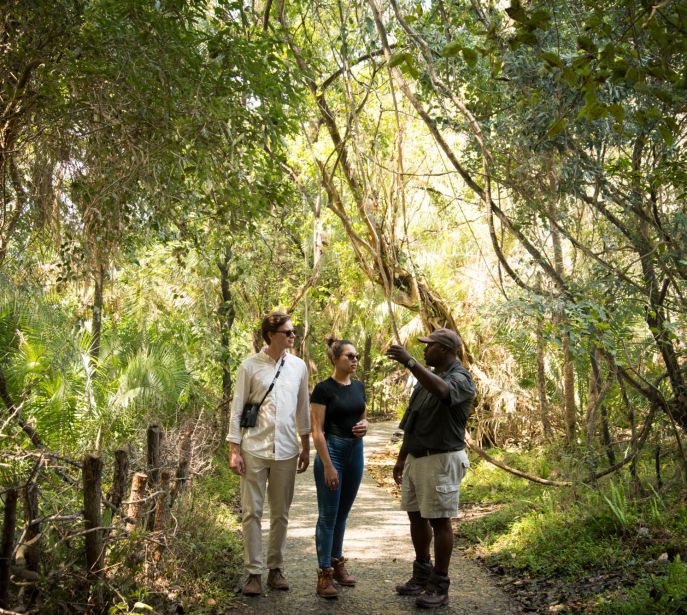 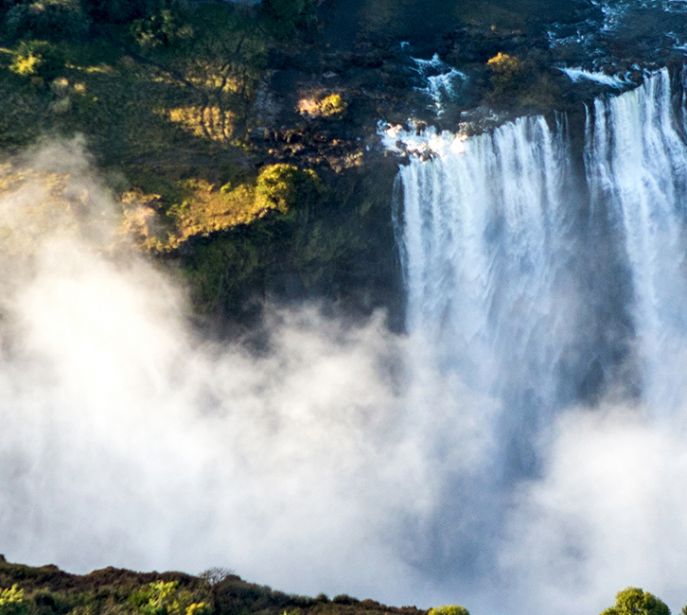 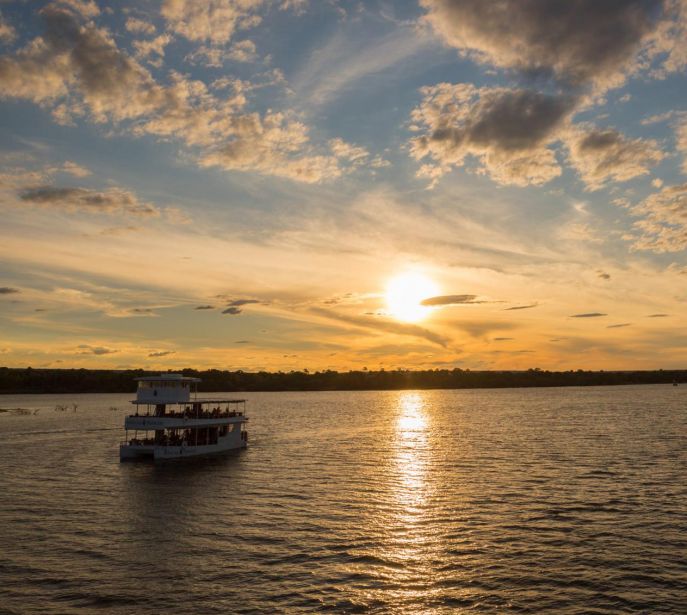 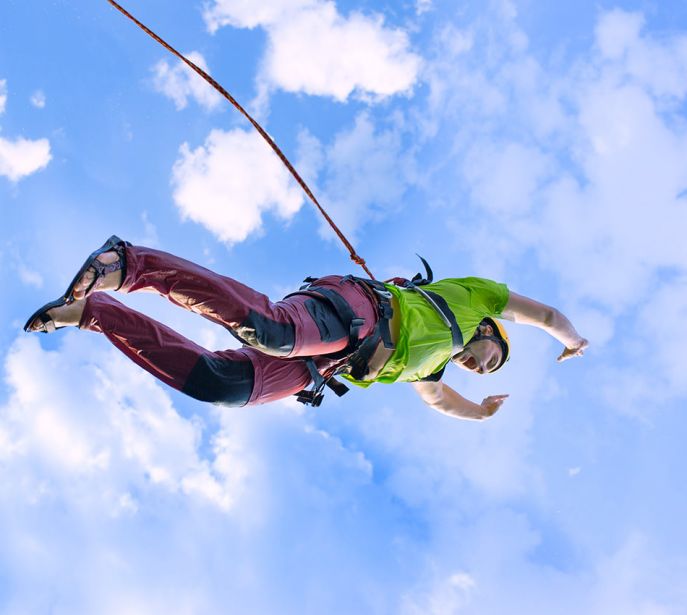 Private Guided Tour Of The Falls*

Feeling like one of the early explorers, make your way through the riverine forest and along the falls with your guide giving insights into this environment and its epic history. For all ages. Booked on an exclusive basis for Stanley & Livingstone and Ursula’s Homestead guests.

Settled in on the Zambezi Explorer’s Signature Deck, served drinks and snacks, this leisurely trip along the Zambezi River it is an idyllic way for you to soak up the last of the sun’s rays and toast another adventure-filled day in Victoria Falls. For all ages.

Flight Of The Angels*

An amazing 13-minute helicopter flip over the Victoria Falls, along the Zambezi River, and over Zambezi National Park where you will likely spot wildlife on the plains below. For all ages.

Encompassing the Flight of Angels, this 25-minute helicopter tour then continues downstream taking you for a thrilling flip over the Batoka Gorge. For all ages.

Ride along the banks of the mighty Zambezi River, encountering some of the area’s wildlife, before you cross Victoria Falls Bridge for the most wondrous view – rainbows and all. For all ages.

Cross back in time on a tour of Victoria Falls Bridge – a feat of engineering revolutionary for its time (1905) – and, following the walkways beneath it, also get to appreciate awesome views of the rapids, rainbows, and falls themselves. For all ages.

Taking a running jump into the air, soar over the 200m/655ft-wide Batoka Gorge with the mighty Zambezi River gushing 120m/390ft below you – and earn serious bragging rights! For 6 years and older.

The longest zip-line ride in the world takes you whizzing at 106km/h (66mi/h) over the spectacular beauty of the Zambezi River – and induces a serious adrenaline rush! For 6 years and older.

Leap off the edge of the Zambezi River gorge to free-fall 70m/230ft, before swinging high above the rapids – the views (and the ride) are guaranteed to take your breath away! For 6 years and older.

From a platform on the Zambian side, push off to glide along a zip line affording incomparable views of the Victoria Falls, before gently coming to rest on the Zimbabwean side. For 4 years and older.

With Victoria Falls behind and the Zambezi rushing below, this is no ordinary bungee – and at 111m/364ft it’s also one of the highest in the world, giving you an adrenaline rush as wild as the river itself! For 14 years and older.

Take on the wildest white water in the word! The Victoria Falls thunders into the Zambezi River gorge below, creating an environment for rafting unlike anywhere else on earth. For 15 years and older.

Are you an avid fresh-water angler? Catch and release along this river that has become a bucket-list destination to take on some infamous game fish, including tigerfish. For 6 years and older.

Paddling with your guide along the upper Zambezi River, above the Victoria Falls, you will have plentiful game viewing opportunities – see hippo, crocodile and abundant birdlife, as well as land animals (like an elephant) coming to the water’s edge. For 6 years and older.

Our office hours are:

Alternatively, we will gladly call you back...